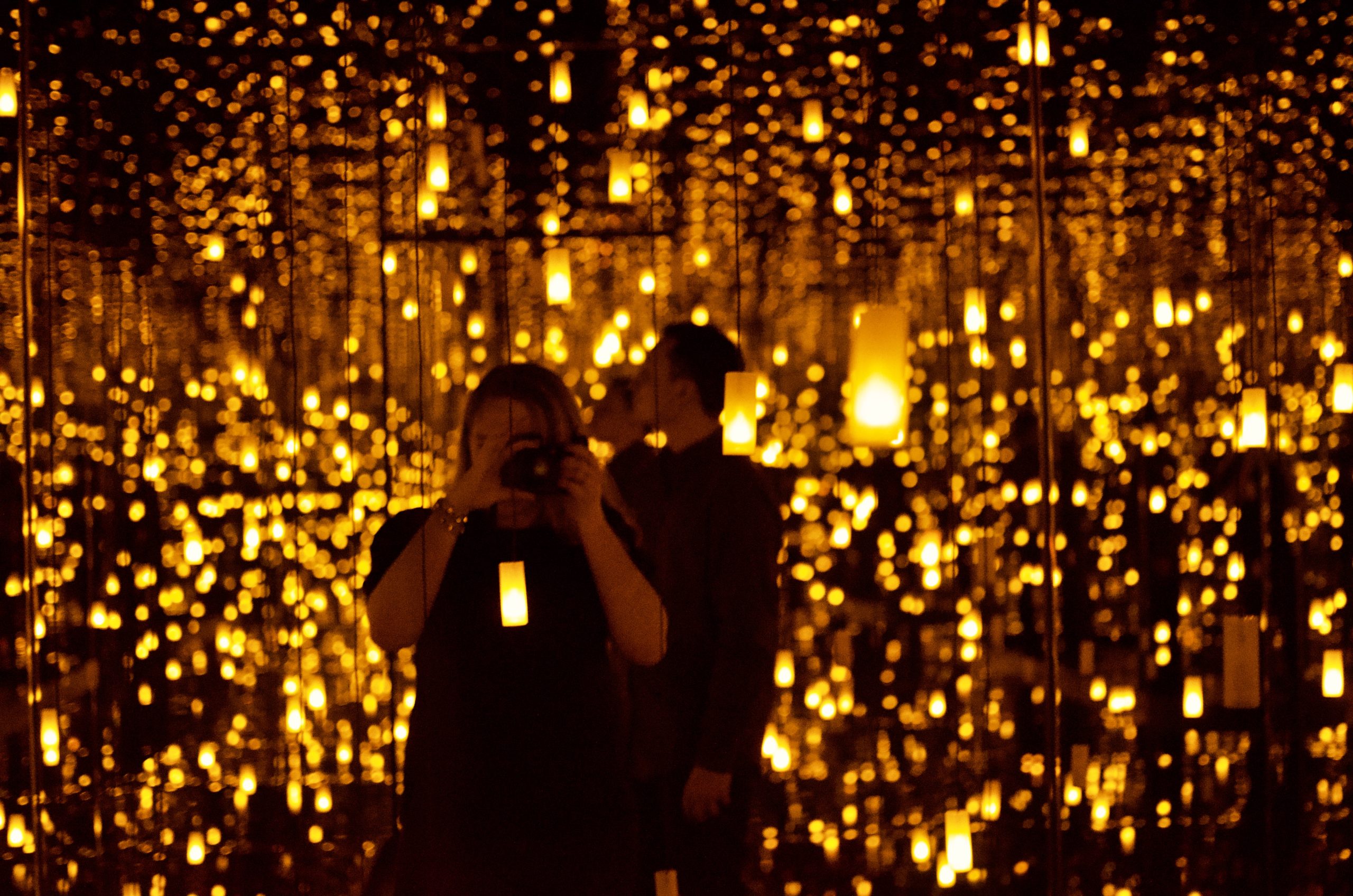 Over the last handful of years, Yayoi Kusama’s work has gone from psychedelic installation to instagram sensation. I am not going to lie, I saw my feed polluted with selfie-crazed art lovers taking pictures in glowing spaces I had never seen before, and I was immediately intrigued.

I forked up the money to go to her installation in Atlanta, which was sporting the last leg of a collection of her infinity mirror rooms: small chambers that catapult you into a swirling warp of infinite space. Think “circus-fun-house-on-steroids.” The only reason I was able to go to the exhibit is due to the swift realization that 1. I was late to the game and needed to act quickly and 2. because I was scouring the cockles of the internet for weeks reading twitter feeds and looking at stub hub and craigslist to try to get my paws on these illusive tickets. The alternative was lining up at 1 am and standing in line through a cold rainy night in February (which I was prepared to do) to MAYBE getting to see her works.

The reason I am writing about this is because, like so many others, I think her work is stunning. Yayoi is a 90 year old Japanese woman who still has millennials scraping at tickets for her sold out shows. If that doesn’t hold some serious pop culture power, I don’t know what does. The reason she is appealing to so many is the frantic way that she propels people into her visions, through a small cube that warps your perception of space. You are also well aware you have only a precious 60 seconds to absorb it all (Yayoi requested the rooms be timed this way).

I fight pain, anxiety, and fear every day, and the only method I have found that relieves my illness is to keep creating art. I followed the thread of art and somehow discovered a path that would allow me to live.

Yayoi’s work is meant to purge her aching mind of the accumulations, obsessions and repetitions that haunt her… by sharing her visions with the world. I don’t think it gets much more intimate than that.

“The Infinity mirror rooms allow us to reassess Kusama’s entire artistic practice by offering a new understanding of the corporeal limits of perception under conditions that define optics, tactility, and intuition of matter.”

All I can say is that if you haven’t seen her works in any major exhibits around the world, find one and fight for tickets. Even if you aren’t a big art lover, her spaces transform the senses and it is both memorable and therapeutic. I know that her works will be swirling around museums for years to come.

If you have any questions regarding the rooms or the process of viewing them, comment below.